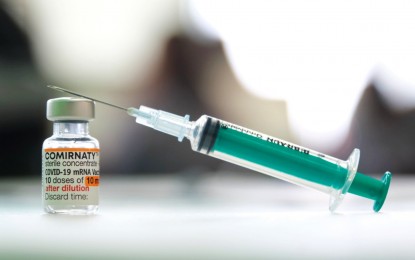 MANILA – The National Task Force (NTF) Against Covid-19 and the National Vaccination Operations Center (NVOC) are preparing the logistics for the rollout of the fourth Covid-19 vaccine dose or the second booster.

The Food and Drug Administration (FDA) has approved the emergency use authorization of the second booster dose for vulnerable populations that include senior citizens, those with comorbidities, and medical front-liners.

In a prerecorded Talk to the People aired late Monday night, NTF chief Secretary Carlito Galvez Jr. said they are just waiting for a “positive recommendation” from the Health Technology Assessment Council on the administration of the second booster.

He noted that the Department of Health and NVOC are crafting the guidelines and protocols for the rollout.

Galvez said they are aiming to improve the administration of first booster shots to at least 40 million adults and 10 million children aged 12 to 17.

So far, only 12,641,887 Filipinos or 17.52 percent out of 66.9 million fully vaccinated have received the first booster dose.Meanwhile, the government still needs to provide protection to some 1.8 million unvaccinated senior citizens. (PNA)