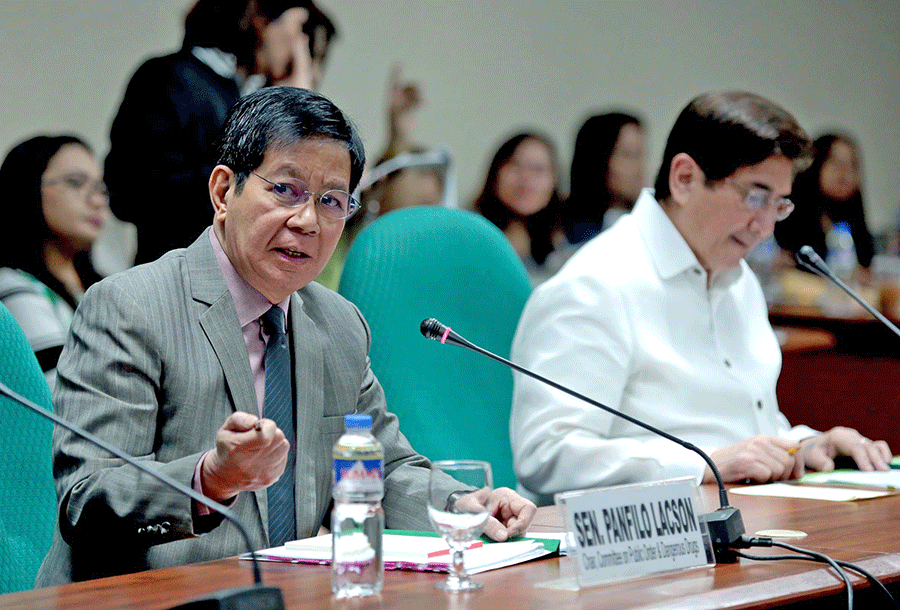 Senator Panfilo Lacson (left), chair of the Senate Committee on Public Order and Dangerous Drugs, and Senator Gregorio Honasan IV (right), chair of the Senate Committee on National Defense and Security, on Wednesday, November 29, 2017, discuss Senate Joint Resolution No. 9, which authorizes the increase in the base pay of military and other uniformed personnel (MUP) in the government. The resolution, which would adjust the salary package of the MUP to “better compensate them for their role in maintaining national security and peace and order,” will apply to all military personnel under the Department of National Defense, as well as uniformed personnel under the Department of Interior and Local Government, the Philippine Coast Guard, and the National Mapping and Resource Information Authority. (Photo by Albert Calvelo)