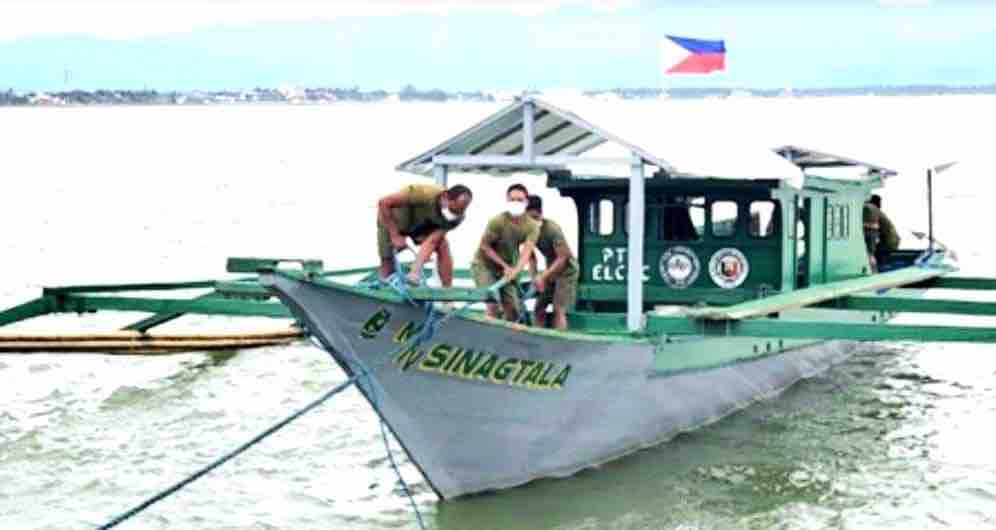 Department of Environment and Natural Resources donates a motorized boat to the Army 91st Infantry Battalion to boost patrolling and monitoring efforts in the coastal and forestland areas of Aurora. (DENR)

Department of Environment and Natural Resources (DENR) donated a motorized boat to the Army 91st Infantry Battalion to boost patrolling and monitoring efforts in the coastal and forestland areas of Aurora.

The P500,000-worth vessel will be supplemental in the heightened environmental protection efforts in the region, particularly in the forestland areas of Aurora which has been considered as among the hotspot areas for illegal logging.

“The turn-over of this vessel to our colleagues in the Army will augment our groundworks to fulfill the marching order of Environment Secretary Roy Cimatu of preventing the cutting of trees in our forests, protected areas and watersheds,” DENR Regional Executive Director Paquito Moreno Jr. said.

This move would also avert unscrupulous groups from illegally transporting forest products by floating them down the river systems and other waterways.

Through strong collaboration with the Army, Philippine National Police and other environment authorities, the number of apprehended forest products in Region 3 has significantly decreased from more than 218,000 bd. ft. in 2020 to only 79,300 bd. ft. in 2021.

“This figure is a strong manifestation that even with limited forest rangers patrolling and monitoring our forest areas, our sustained efforts and strong alliance with partner agencies will facilitate extensive guarding and defense of our environment and natural resources from any destructive activities,” Moreno stressed.

For his part, Army 91st Infantry Battalion Commanding Officer Ltc. Reandrew Rubio expressed his gratitude for this gesture of support they received from DENR as this will not only strengthen their environmental protection efforts but also aid their rescue and relief operations during calamities.

The turn-over ceremony was witnessed by Cimatu during his visit at the DENR provincial office in Aurora.

Central Luzon is among the regions in the country with high forest cover that is equivalent to 942,387 hectares.

Of the seven provinces, Aurora is second with highest forestland area of 191,946 hectares.