Laptop with phone and tablet pc on white table

“While slowing procurements for tablets in Education posed a 23.9% decline in 1Q22 compared to last year, this segment outperformed expectations and is anticipated to continue to drive the commercial segment for the rest of the year despite the election ban period,” says Angela Medez, Market Analyst at IDC Philippines.

“Acknowledging the evolving need of consumers for a range of smart devices while taking advantage of their existing channels in the country, smartphone vendors such as realme, Xiaomi, Nokia and most recently, ASUS, boosted their IoT ecosystems by introducing multiple product lines like tablets,” Medez added. 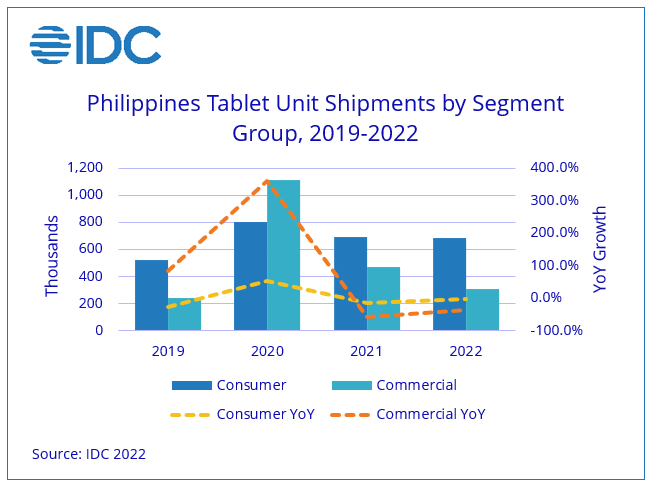 “While the tablet market might be on a downward trend, the introduction of new models with bigger screen sizes and LTE/5G supported tablets can drive upgrades in the consumer segment,” says Medez.