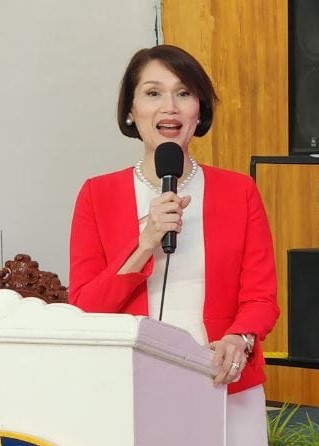 Bataan 1st District Representative Geraldine Roman has proposed to her fellow lawmakers to quickly pass her bill that aims to improve the collection of taxes, thus increasing the portion of Local Government Units (LGU) affected and also the portion for the national government.

This can be achieved, according to Roman, by amending provisions of the Republic Act No. 7227 and revitalizing the bases conversion development, otherwise known as the “Bases Conversion and Development Act of 1992” as amended.

Congresswoman Roman, who is also the chairperson of the House committee on women and gender equality, stated that it is time to include provisions that will support the professionalization of the SBMA Board of Directors and ensure the safety of the public and security of the free-port zone.

In her proposal, Roman presented reallocation formulas for the portion that will be received by the province of Bataan and Pampanga from the two percent tax on gross income from all business enterprises covered or within the free-port zone.

She also proposed to appoint additional positions in the SMBA Board of Directors for LGUs and native residents within the Subic Bay Freeport Zone. According to Roman, the amendment is being considered in the 17th Congress to strengthen the power granted to the SBMA through Republic Act No. 7227 as an amendment.