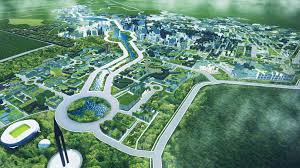 CAPAS, Tarlac — A one-hectare lot adjacent to New Clark City (Sports City) would be developed into a Christmas Village, an added attraction during night time for local and foreign tourists who will be watching the action during the 20-day South East Asian Games, the local chief executive of this town told reporters Monday.

Catacutan said Capas town is ready in terms of road networks and other businesses vital for the opening of the much-awaited event come Dec 1. He said the local government is ready to accept the sports facility once it will be turned over by the Bases Conversion Development Authority (BCDA) on Oct 15.

“Capas is very much ready in hosting SEA Games come December 1. All roads leading to the New Clark City also known as the Sports CIty of the Philippines have been improved and widened in preparation for the big event,” said Catacutan, while giving emphasis on the local government’s preparation for the traffic condition during D-day.

He said the Capas exit toll gate of the Subic-Clark Tarlac Expressway is being rushed to beat the Dec 1 opening of the SEA games.

He said structures being built at the NCC that are near completion include the stadium, aquatic center, government administration building, athletes dormitory and other vital infrastructures, including the theme park.

Preparing for the influx of millions of visitors, Catacutan said he already met with various sectors including businesses and the law enforcement to ensure the safety of guests and supervise the smooth flow of vehicles coming in and out of the NCC.

“Aside from athletes from different countries in Southeast Asia, visitors from Central and North Luzon areas will surely visit Capas to witness the SEA games opening and other attractions in Tarlac,” Catacutan stressed.

Commercial centers will be opening inside the NCC compound complete with coffee shops, burger chains, other restaurants and souvenir shops that will cater not only to athletes  but also other people coming here to watch the sports competition, said Catacutan.

The provincial government of Tarlac, through the Department of Trade and Industry, Catacutan said, will also open a “One Town One Product” stall where visitors can find the best produce of the province. He said the governor is inviting Pampanga entrepreneurs to open their stalls where they showcase their top quality products.

The NCC will surely serve as a prime mover of Capas town in terms of economic upliftment of the people of this municipality, he said.