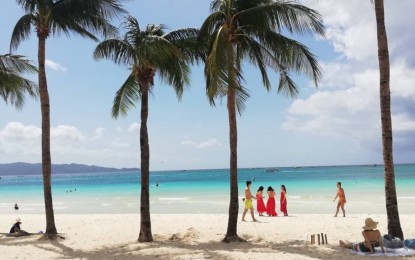 MANILA – A tourist who traveled to Coron, Palawan last week is facing charges for falsification of travel documents, the Department of Tourism (DOT) said Monday.

In a statement, the DOT said the 24-year-old male tourist from Quezon City arrived in Coron on March 9.

He was found positive for the disease by the Quezon City Surveillance Team (QCST), who relayed the information to the local government of Coron the next day.

The DOT Region 4-B (Mimaropa) has recommended penalizing the errant tourist for violation of Republic Act 11332.

Under RA 11332, tampering of documents and records issued by the public health authorities is a crime punishable by penalties amounting from PHP20,000 to PHP50,000 or imprisonment of one to six months.

“The DOT likewise banks on the recent directive of the President to the police and military establishments to arrest perpetrators — tourists and testing centers alike. This strengthens the related order of the Department of the Interior and Local Government to the Philippine National Police issued earlier,” the DOT said.

All “first-generation” contacts of the infected tourist were tested and found negative using reverse transcription-polymerase chain reaction (RT-PCR) tests conducted by Culion Sanitarium and General Hospital Molecular Laboratory, according to a report by the Coron Emergency Operations Center.

Secondary contacts were also tested using the antigen test and turned out negative.

“DOT Secretary Bernadette Romulo-Puyat lauds the prompt coordination between the QCST and the local government of Coron resulting in the early detection and contact tracing,” the DOT said.

The agency encourages travelers to avail themselves of the 50 percent subsidized RT-PCR tests at the University of the Philippines-Philippine General Hospital for PHP900.