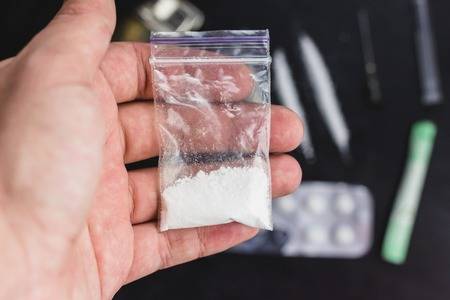 MANILA – President Rodrigo Roa Duterte on Tuesday said he is worried about the resurgence of illegal drugs, hoping his successor would continue his campaign against the drug menace.

“Ito bang (This) drugs, I hope that whoever would sit as president would continue the – if not, the ferocity that I did and I accept it, maski lang naman sana ‘yung (maybe just) a little lower than my standard kasi talagang sisirain ang bayan nating ito (because it will destroy our country). I’m so worried about the resurgence of drug problem,” Duterte said in his prerecorded Talk to the People.

Duterte started his massive campaign against illegal drugs on his first day in Malacañang in 2016.

“We are getting old. As a matter of fact, we are about to make the exit na. Ang problema (already. The problem) is the next generation. We have to protect the next generation because, if not, then they will have a serious problem in their hands,” Duterte said.

In his report to Duterte, Department of the Interior and Local Government Secretary Eduardo Año said based on the latest report, the law enforcers have arrested 1,658 individuals and confiscated PHP159 million worth of illegal drugs in 1,230 anti-illegal drug operations.

“Kaya ‘yan ang ano, iyan ‘yan ang worry ko sa report ni (That’s my worry on the report of) Secretary Año. I am glad that he has been — he continued with the program although not as I said ferocious when I was the one kasi ako ‘yung mayor eh (because I was mayor),” Duterte said.

According to the latest Real Numbers data released by the Philippine Drug Enforcement Agency (PDEA) on February 1, authorities have arrested 323,579 persons, seized PHP75 billion worth of illegal drugs, and dismantled 933 drug dens and 18 clandestine shabu laboratories since the Duterte administration launched the anti-illegal drugs campaign on July 1, 2016.

The consolidated reports as of Dec. 31, 2021 also showed 6,225 drug suspects have died during 224,215 anti-illegal drug operations.The number of barangays declared drug-free has reached 24,253 while a total of 11,175 barangays have yet to be cleared of illegal drugs. (PNA)