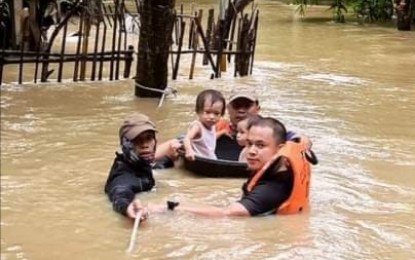 MANILA – President Rodrigo Duterte’s administration is stepping up its mitigation efforts to address the impacts of climate change in the Philippines, Malacañang said on Wednesday.

“The government is taking all necessary steps to strengthen our capacities to mitigate and address the effects of climate change,” Presidential Spokesperson Harry Roque said in a press statement.

Roque issued the statement in response to a study by a German environmental policy think tank which showed the Philippines is among the nations that have been most affected by extreme weather from 2000 to 2019.

Germanwatch, in its Global Climate Risk Index 2020 report released Monday, found that the Philippines ranked fourth out of 180 countries most affected by extreme weather in the last two decades.

The study revealed that around 317 extreme weather events have been recorded in the Philippines, the highest among the top 10 nations with high scores in the climate risk index. The scores indicate the countries’ levels of exposure and vulnerabilities to extreme weather.

Roque said the Philippines ranking fourth in terms of long-term climate risk index no longer came as a surprise.

“The Philippines has long been identified as one of the countries most vulnerable to climate hazards, such as typhoons, floodings, landslides, and droughts,” he said.

Roque said the country’s vulnerability to extreme weather prompted Duterte to sign in 2017 the Paris Agreement on Climate Change, a global pact that aims to keep temperature from rising two degrees Celsius above pre-industrial level.

The Philippines in March 2017 ratified the Paris climate deal.

Duterte, during the General Debate of the 75th Session of the United Nations General Assembly last year, also urged all parties to “make good and honor their commitment to fight climate change, and strengthen communities and peoples for preparedness and resilience,” Roque stressed.

“As the Chief Executive underscored, climate change is ‘a global challenge that has worsened existing inequalities and vulnerabilities from within and between nations,’” Roque said.

He expressed hope that the public would help the government fight the effects of climate change.

“For us to accomplish this task, we need the cooperation of all citizens. Through our collective action, we can build adaptive and resilient communities across the archipelago. This would be our gift to the future generations of Filipinos,” Roque said.