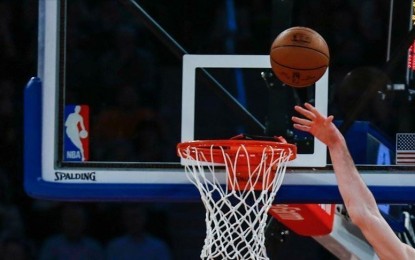 As a team, the Mavericks hit 20 out of 44 attempts from the three-point line to earn a home win.

However, the Suns’ US guard Devin Booker was the game’s top scorer with 35 points. He also had seven assists.

Mavericks’ forward Dorian Finney-Smith clocked up 24 points and was one of the key players in the victory.

Finney-Smith, 29, played with a three-point percentage of 66.7 as he hit eight three-pointers out of his 12 attempts.

Suns’ experienced playmaker guard Chris Paul displayed a poor performance and scored five points and made seven assists. Paul had foul trouble to exit the game in the early minutes of the fourth quarter.

The next game of this series will be held on Tuesday at Footprint Center, Phoenix.

In the other match of the night, Philadelphia 76ers beat Miami Heat 116-108 to tie the series 2-2 in the East semifinals.

Sixers’ superstar James Harden led his team to a home win at the Wells Fargo Center, scoring 31 points against Miami. Harden had nine assists too.

However, the visitors’ forward Jimmy Butler showed a heroic performance for the Heat as he had 40 points. But Butler could not avoid the away loss.

Meanwhile, game five, Philadelphia vs. Miami, will be held on Tuesday night at Miami’s FTX Arena.

The NBA playoffs are played in the best of seven elimination format. This means a team bagging four wins will progress to the next round.