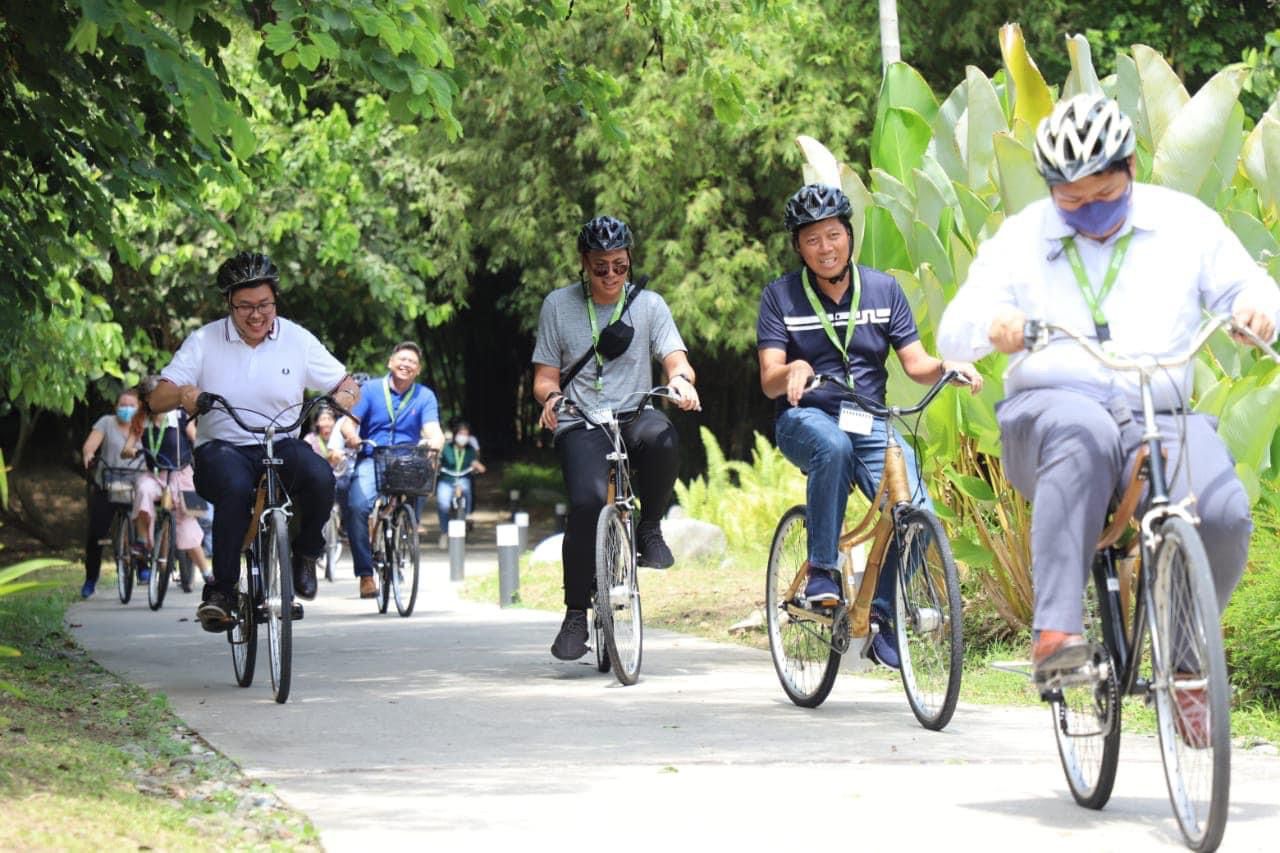 The Urban Land Institute (ULI) Philippines recently featured New Clark City in Capas, Tarlac as a model and benchmark for the Philippines’ future cities, after charting a more sustainable course in addressing pressing urbanization challenges such as flooding, traffic, congestion, as well as air and water pollution.

After two years of strict lockdowns and restrictions, ULI Philippines recently held its first major hybrid conference entitled, “Past, Present & Future – Evolution of Cities.” ULI Philippines, an organization of real estate and urban development professionals, showcased New Clark City’s experience in ensuring that its development adheres to sustainable principles. Local and international industry leaders engaged in discussions on business development and sustainability goals in the green metropolis of the future.

About 70% of the 9,450-hectare New Clark City is being preserved for green and eco-tourism ventures, while the remaining 30% is buildable. A sustainability unit in BCDA is also being created to ensure the integration of the United Nations Sustainable Development Goals (SDGs) in New Clark City programs and projects.

In June this year, Ms. Zosa was designated as the Chief Sustainability Officer of BCDA, tasked to provide guidance and direction in the design and implementation of a sustainability strategy for BCDA as well as its subsidiaries and affiliates.

“At New Clark City, we are not going to bulldoze hills or mountains. Instead, we are going to develop the area following the lay of the land. This will be the new frontier of development,” Ms. Zosa said.

A sprawling green and open recreational space – complete with a floating lakeside stage, pedestrian bridge, retention pond and other features – will be built within the rising metropolis. This will become the largest open public space to be built in the Philippines after over 50 years.

Dr. Rebecca Shah, Political Counselor and Head of Prosperity Communications and Bilateral of British Embassy Manila, said during the conference: “The New Clark City Central Park design integrates the overall open space network of the city providing inclusive prosperity, increased resilience, accessibility and sustainability that we hope will serve as a model, a benchmark for Filipino homes nationwide.”

“Given its size and scale, we hope it demonstrates and pioneers green, inclusive, and safe open and public spaces in the country. The park’s lake feature will function both as a water retention pond to help in flood mitigation and water resources management, as well as an ecologically managed wet biotope to help in the preservation of important ecological areas and natural habitat,” Dr. Shah added.

The British Embassy Manila, through the United Kingdom Foreign and Commonwealth Development Office (UK FCDO), signed a memorandum of understanding with BCDA in September 2020 for the development of an integrated sustainability plan for New Clark City. This plan covers the Central Park design, a 33.89-hectare affordable housing project, and the establishment of a sustainability unit in New Clark City.

On June 24, New Clark City welcomed a group of delegates and guests from ULI Philippines 2022 Conference, giving them the opportunity to bike around, explore and study the sustainable principles of its world-class and climate-responsive facilities and public spaces.

The visiting group, which includes representatives from the land use and real estate development disciplines, toured the world-class New Clark City Athletics Stadium and Aquatics Center, as well as the local attraction River Park, using locally sourced and sustainable bicycles from Bambike.

ULI Philippines Chairperson Atty. Jean de Castro, who also serves as chief executive officer of ESCA Inc., said: “What I really love about New Clark City is that it prioritizes open spaces. When we were able to do our bike tour, the activity showed how bikeable and walkable New Clark City is and how it is close to nature even against high-end structures.”

“What you’re bringing is a community. You’re bringing all of these things together – allowing home for government agencies, schools, residences, among others. New Clark City is a mixture of giving attention to local consumers and communities as well as being a global attraction,” said De Castro.