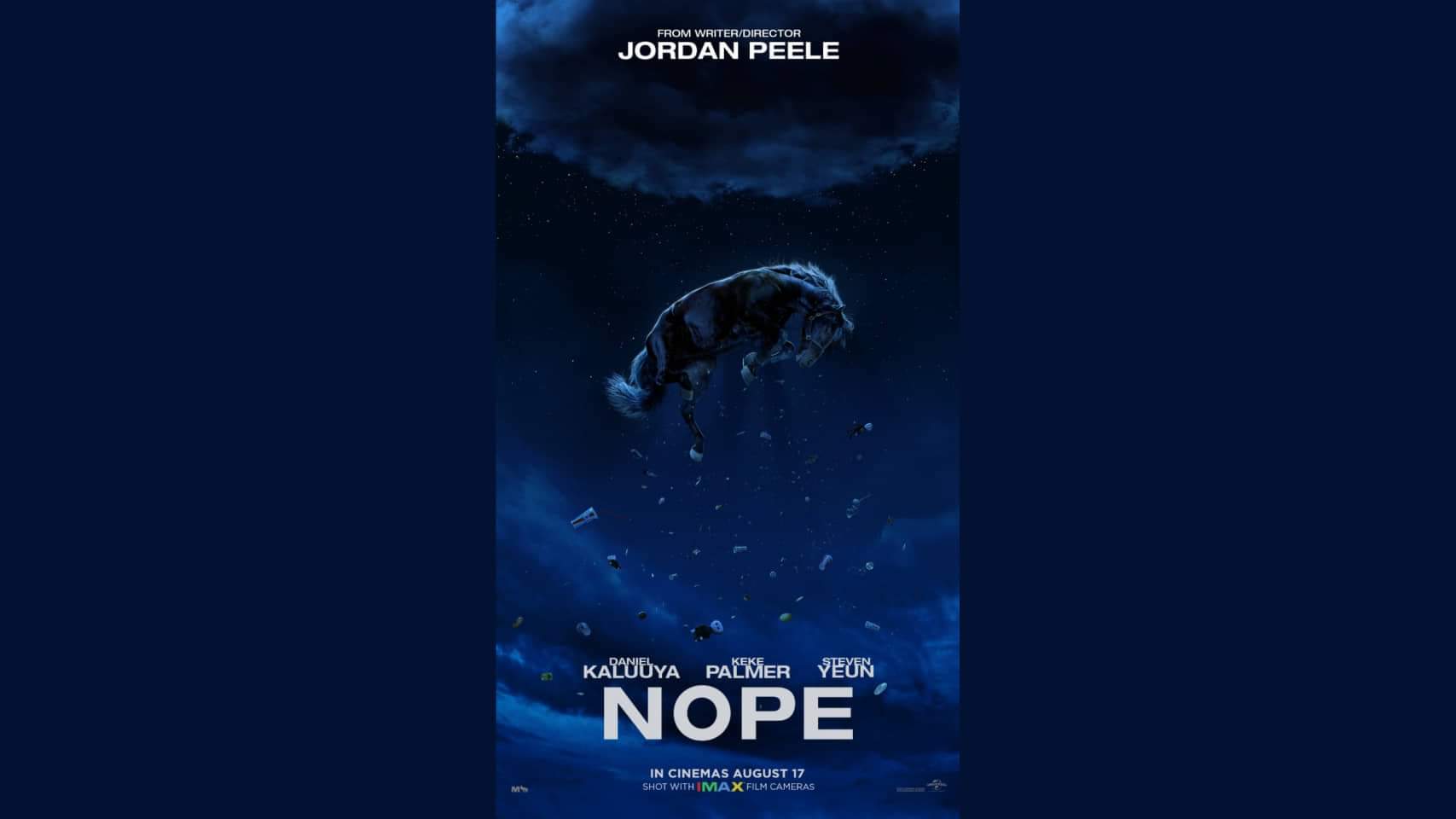 Filmmaker Jordan Peele, also known for Get Out and Us that disrupted and redefined the horror genre, reinvents the sci-fi horror genre this time in his latest film Nope.  Shot with large-format and IMAX cameras, Peele, along with the film’s director of photography Hoyte Van Hoytema (whose work includes Christopher Nolan’s Dunkirk and Tenet) teamed up to capture the impossible on camera.

Peele was eager to expand his cinematic canvas and embraced a new challenge unlike any in his filmmaking career so far and tackle the granddaddy of genre movies: the summer event film.

The film is both a spectacle and an examination of how spectacle shapes cultures and ideas of ourselves. Nope puts siblings OJ and Emerald Haywood back together (played by Oscar® winner Daniel Kaluuya and Keke Palmer) when their legendary father dies and leaves them the ranch estate to manage, known for training horses used in big Hollywood productions. As they delve deeper in managing the ranch, both notice something unusual – something is in the sky and it is abducting people and animals, and the Haywood siblings are determined to uncover the mystery behind it.

A man of few words but noble actions, OJ is the moral center of the film. Although he works in Hollywood, his world is mostly isolated to the Haywood Ranch in Agua Dulce, and he’s most comfortable doing his work and keeping his head down. When his sister Emerald (Keke Palmer) returns to the ranch, some old tensions and wounds begin to surface. “What I love about Jordan’s films is that they’re hard to describe,” Kaluuya says. “They have to be experienced. There’s always a real eternal premise and then a real truth in the middle of it. I always lean in when I don’t know what something is,” Kaluuya continues. “But I can only lean in when I know that the director is passionate about it, that they understand it, that they feel it. And that’s always true of Jordan.”

An aspiring actor, singer and stuntwoman, Emerald Haywood, played by Keke Palmer, seems, at first, to be the opposite of her brother OJ in fundamental ways. A defining moment from her childhood forever shaped her relationship with OJ and their father. She has a tight bond with OJ, despite her avoidance of her role in the family business.  For Palmer, the experience of making Nope and working with Peele inspired her to reflect on the state of our culture and ourselves. “For me, the film is about chasing something far outside of yourself and chasing it to such an extent that you don’t realize, until it’s too late, what you already had,” Palmer says.

“Nope was written in 2020 during the pandemic,” Peele says. “It was this crazy time. In a lot of ways, the film is a reflection of all the horrors that happened that year and are still happening.” As for the title, he says, “Nope means a lot of things. I always love to get into the head of my audience. I was inspired by the feeling of existential helplessness in us all, then this idea of spectacle, to bring people out to the theatres and help invigorate their love for the cinematic experience, and at the same time I asked myself the reason why we are obsessed with spectacle.”