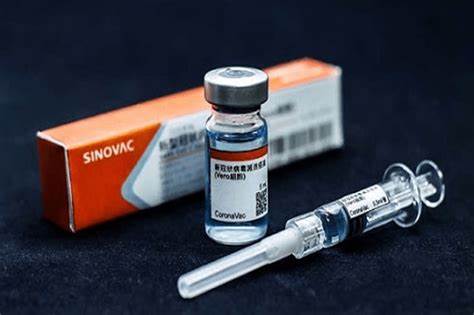 MANILA – The delivery of three million doses of Sinovac Covid-19 vaccines on Sunday night moved the country closer to its goal of 100 million doses by the end of the month.

Philippine Airlines Flight PR359 landed at the Ninoy Aquino International Airport Terminal 2 past 6 p.m. carrying the life-saving jabs – two million procured by the government and one million donated by China.

“We are 2.5 million short of our target 100 million we have now 97,678,340 and we will have more arriving next week,” National Task Force (NTF) Against Covid-19 chief implementer Secretary Carlito Galvez Jr. said in an interview.

Sinovac was the first Covid-19 vaccine that arrived in the country – 600,000 doses donated by China on February 28.

Galvez lauded the Chinese government for donating 1 million more doses, adding that China shows virus can be defeated by cooperation and solidarity.

“On behalf of the Filipino people, we would like to thank the Chinese government and Sinovac for the donation” Galvez said. “We now have almost 45 million doses of Sinovac.”

Chinese Ambassador Huang Xilian said the donation can help the Philippines recover from the pandemic.

“I’m very happy to be here with Secretary Galvez to receive the one million doses of Sinovac donated by the Chinese government. We’re happy to see that the confirmed cases in this country are going down, is decreasing with the hard work of the Philippine government and the people. We hope that the vaccines from China will continue to bring down the cases and bring back a normal life,” Huang said.

Aside from deployment to key cities, the vaccines will add to the stockpile for the third dose vaccination of health care workers, senior citizens and, adults with comorbidities.

“For the booster for our health care workers, senior citizens, and those with comorbidities, they have the option which vaccine they are getting. It can be heterologous or cross mixing or homologous, meaning the same vaccine,” Galvez added.

On Friday, 724,000 doses vaccines were administered — the most single-day tally since the national inoculation program started on March 1.

“We are very thankful that this landmark is speeding up the vaccination. We have been meeting with mayors and governors and we are happy that now, we are increasing the vaccination capacity. We will be looking forward in the next few days to reach 800,000 to 900,000 or even one million,” Galvez said.