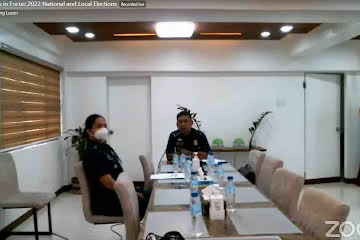 Police Regional Director Police Brigadier General Matthew Baccay said that the security and deployment plan took effect on January 9, which is the start of the election period.

“We created the RSOTG to address any election-related concern such as checkpoints, inspections among others. Our key officers were designated to a particular task group hence, we have an office and an officer-in-charge for every concern,” Baccay assured.

He noted that the RSOTG was also replicated in provincial, city and municipal offices to address concerns and prevent election-related incidents in the whole region.

Also, Baccay mentioned the rotation of personnel prior to the start of the election period to ensure a fair election.

“We implemented a specific action to ensure that the organization remains apolitical and neutral. Police personnel with relatives, either by consanguinity or affinity within the fourth civil degree, running for national and local positions were transferred to remove any notion of biases towards the police,” he explained.

Aside from the security plan, Baccay disclosed the activation and utilization of the EMS application which serves as a database for all information related to the elections.

“This is a standard application used by police nationwide. Our EMS application at the Regional Election Monitoring Action Center is constantly being updated to provide the information needed,” he stressed.

Other police-led initiatives include the establishment of Commission on Elections (COMELEC) checkpoints, implementation of gun ban, and conduct of risk and threat assessment in collaboration with the military forces.

Moreover, PRO 3 has conducted security survey inspections of polling precincts, centers and COMELEC hubs where the Vote Counting Machines and other election paraphernalia are being stored.

COMELEC hubs in the region are in Cabanatuan City; Orion, Bataan; Angeles City; and Tarlac City.

“In general, the current political situation in Central Luzon is peaceful and manageable. We have conducted pre-election interventions and activities based on the PNP timeline of activities which made our environment more conducive to live as all forms of crime incidents significantly decreased,” he noted.

Baccay reported that PRO 3 intends to maintain the peaceful political climate in Central before, during and after the elections.