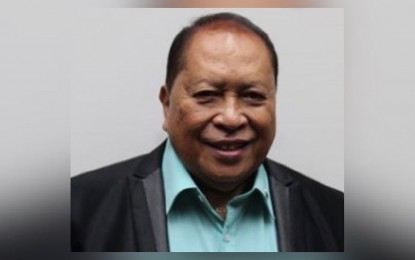 During his talk to the people in Malacañang on Thursday night, Duterte called for a minute of silence to pay respect over the passing of Sitoy.

“I’m very sad to relay to you the death of the second Cabinet member to die. First was Danny Lim, second was Secretary Sitoy of the Legislative Liaison Office. So I will call for a break for about a minute and request to stand and we pray in silence for his soul,” Duterte said.

Malacañang extended its condolences to the family and colleagues of Sitoy.

“The Palace expresses its deep condolences to the family, loved ones and colleagues of Secretary Adelino Sitoy of the Presidential Legislative Liaison Office,” Presidential Spokesperson Harry Roque said in a press statement.

He recalled how Sitoy was instrumental in the passage of the key legislative reform measures of the Duterte administration.

“As head of PLLO, he made sure that there is stronger Executive-Legislative collaboration to bring about genuine and lasting change through legislation,” he said.

“We pray for the eternal repose of the good Secretary. Our thoughts and prayers are with him and his family,” he added.

In a separate statement, Chief Presidential Legal Counsel Salvador Panelo remembered Sitoy for his “invaluable help” in pursuing the enactment of vital and important pieces of legislation.

“By silently but tirelessly coordinating with both chambers of Congress toward the passage of administration bills, we now enjoy landmark laws which aim to uplift the lives of our countrymen,” Panelo said.

Panelo added that Sitoy, his “personal friend” and “brother in the profession”, was also a pretty good dancer.

“I will miss the dancing prowess on the dance floor of a man who has lived a life of selflessness and humility. We honor and pay tribute to his devotion to public service,” he added.

Sitoy was appointed as PLLO Secretary in August 2016.

Sitoy won as vice mayor while his daughter Mary Therese “Teche” Sitoy-Cho was also elected as town mayor in the 2016 elections.

He also hurdled his Master of Laws degree in the University of Southern Philippines, Cebu City, in 1969.

In a Facebook post, Chan said he is grateful for the kindness shown by Sitoy when he was alive.

“You are one of my viewed mentors who is an instrument of the good run of my current administration. All your deeds will remain in the mind and heart of all those whose lives you touch,” Chan said.

He offered condolences to Sitoy’s family.

“Our sincere condolences to the bereaved family of Sec. Addy Sitoy,” he added.