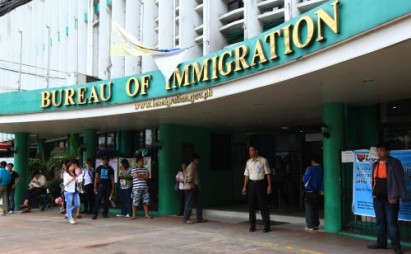 The Bureau of Immigration (BI) reminded the public that foreign tourists are still not allowed to enter the Philippines despite the lifting of certain travel restrictions that took effect Saturday.

In a statement, BI Commissioner Jaime Morente stressed that only foreigners with valid and existing visas are currently allowed to enter the country.

“Foreign tourists are still prohibited from entering the country and said restriction remains effective until it is lifted by the Inter-Agency Task Force for the Management of Emerging Infectious Diseases (IATF-MEID) ” Morente said.

He explained the country only reverted to implementing the travel international guidelines that existed prior to March 22 when the government reimposed a ban on the entry of all foreigners due to recent spike in COVID-19 cases in the country.

“The recent easing of travel restrictions applies only to those aliens who were allowed to come here before March 22 and they should have valid and existing visas at the time of their arrival in our ports of entry,” the BI chief added.

The BI earlier announced that starting May 1 aliens with existing immigrant and non-immigrant visas may again enter the country.

Exempted from the visa requirement are the foreign spouse and children of Balikbayans or returning Filipinos and former Filipinos who are travelling with the latter.

Foreigners who are holders of valid and existing Special Resident and Retirees Visa (SRRV) or Section 9(a) temporary visitors’ visas may be allowed entry, provided they present an entry exemption document from the Department of Foreign Affairs upon arrival.

Execept for foreign diplomats and members of international organizations, all foreign travelers are required to present a pre-booked accommodation for at least seven nights in an accredited quarantine hotel of facility where they will be tested for COVID-19 on the sixth day from date of their arrival.
The BI also emphasied that following the IATF-MEID, travellers who came from India or have a travel history to India within the last 14 days preceding their arrival are banned from entering the country until May 14. (PR)