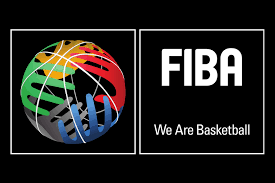 Coach Tab Baldwin will field one of the youngest ever line-up for the Gilas Pilipinas in the upcoming third window of the International Basketball Federation (FIBA) Asia Cup Qualifiers (ACQ) on June 16 to 20.

Gilas Pilipinas will open its campaign for this window facing the formidable Korean national team, led by former Magnolia/Purefoods import Ricardo Ratliffe on June 16, followed by the match-up against Indonesia on June 18 and ending the said window with a rematch against Korea on June 20.

With the Samahang Basketbol ng Pilipinas (SBP) opting not to call up PBA players in this FIBA bubble at Clark City in Angeles, Pampanga, the 15-men pool for this window has an average age of 22 years old, which were comprised mainly by Gilas draftees and collegiate athletes, some of whom are training with Gilas for the first time.

The oldest in the team is 25 year old Jordan Heading, while the other 13 players are aged 23 and below. The youngest member is 18 year old LeBron Lopez.

Kai Sotto will finally wear the famous blue jersey of the national team for the first time against Korea while teaming up with the newly-naturalized citizen Ange Kouame of Ateneo Blue Eagles.

Heading and Lopez alongside with 6’10 Geo Chiu were cut in the final line-up against Korea but they are expected to be inserted in the second game against Indonesia in lieu of Jaydee Tungcab, Javi Gomez de Liaño and Mike Nieto.

Let’s analyse the 15-men pool of the Gilas Pilipinas.

Kai Sotto – The 7 foot 3 prodigy will debut for the seniors team after taking his talents to The Skill Factory, a preparatory program based in Atlanta, Georgia where he was named MVP in the King Invitational tournament by averaging 27 points, 10.6 rebounds, 3.0 assists and 4.3 blocks through three games. During his stay in the US, he worked his way to refine his big man moves and to improve his outside shooting.

Ange Kouame – After President Duterte officially signed the bill for his naturalization into law, the national team will now have a steady center to match-up against Ratliffe of Korea and Lester Prosper of Indonesia. 23 year old will surely be a mainstay for the blue and white for the coming decade. In an Instagram post last April, Kouame showed his extended range and ballhandling skills which will come handy in today’s international game.

Dwight Ramos – Without the PBA players in tow, Gilas needs a walking bucket to score points and this man already proved it in the international competition. Last FIBA window, he led the team in dismantling the Thailand national team by displaying his full arsenal and going 7-out-7 from the field 4-of-4 from the line to score a team-high 20 points. He can also guard the 1-2-3-4 positions.

Isaac Go – Baldwin tapped Go to be the skipper of the all-cadets team. For his young age of 24, he already proved that his leadership skills and in-and-out ballgame will be an asset to the team. With a whole year of training after being loaned by the Blackwater Bossing to the national team, Go’s experience and familiarity with Baldwin’s  system will be a great help in mentoring the two Gilas neophytes, Sotto and Kouame.

Justine Baltazar – While Baltazar has shown that he can dominate inside the paint at the collegiate level, Baldwin believes that they can channel the 6-foot-7 player’s talent into the wings, and transform him into a perimeter threat for Gilas Pilipinas. Just imagine having a frontline of Baltazar-Sotto-Kouame to man the paint, that’s a match-up nightmare for any coach in Asia.

William Navarro – To be effective in Coach Baldwin’s system, you need to have a touch from the perimeter and length. Navarro ticks those boxes, he just needs to be a consistent threat on the court to relieve some pressure from his fellow tweener Baltazar.

Javi Gomez de Liaño – Without his brother Juan playing by his side, Javi will take the responsibility in making his brother proud. What Javi can really offer in the international stage is his shooting from the arc. He caught fire last window against Thailand with 19 points, anchored on a perfect 4-of-4 shooting from three.

Mike Nieto – Speaking of brothers, Mike will be the only Nieto who will represent the country with his twin Matt sidelined with a hand injury. Mike will provide depth to the wing position and an extra body to guard the opponent’s main wings.

RJ Abbarientos – Known for being Johnny Abbarientos’ nephew, but RJ is more than that. He may be a rookie in a 5×5 setup in FIBA but he is already a seasoned veteran in 3×3. Just like his Tito, RJ is a tactical backcourt that plays within the system. By the way, he also have that sick handles that can trick the other guards. Just like his uncle.

Carl Tamayo – 6 foot 7 Tamayo will play small forward for the national team. He is used to playing the 4-5 positions during his high school days but Coach Tab trained him to utilize his size and sweet stroke from the outside to create mismatch against their nemesis.

SJ Belangel – The new King Eagle will take up the cudgels in quarterbacking the team. Being familiar with the system, his transition will be as smooth as it sound. He just needs to know when to focus on orchestrating plays for the team and when to strike on his own.

Jordan Heading – With a hip issue, Heading will be utilized in the game against Indonesia. He is the most experienced player in the squad having played in the US, Australia and in the Asean Basketball League. He will give an additional scoring in the backcourt and another man to steady the ship.

Geo Chiu – The former running mate of Sotto during their Blue Eaglets days will also don the Gilas jersey instead of Batang Gilas for the first time. You can’t teach height as they say. He will be an extra man in the paint.

LeBron Lopez – The youngest among the youngest squad ever assembled. You will never be named after LeBron James if you don’t resembles his game. Lopez is a man among boys in the juniors division. He averaged 16.0 points, 9.2 rebounds, and 3.0 blocks per game for the Ateneo Blue Eaglets last UAAP Season 82.

The Gilas team for this window is a mixture of youth, height and athleticism. With the experience that they will garner in this tournament, in due time they will be a force to reckon with come 2023, the year we will host the FIBA World Cup. / Joseph Rassel Santiago