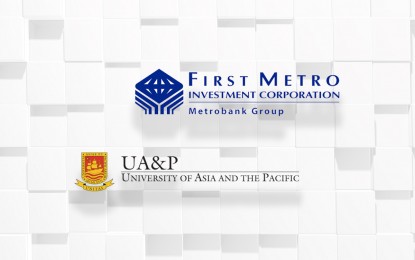 MANILA – Economists of First Metro Investment Corporation (FMIC) and the University of Asia and the Pacific (UA&P) forecast a “flat to slightly negative” change in the Philippines’ first quarter 2020 output as a result of the global pandemic. In their joint publication called The Market Call for April, the economists said the pandemic caused by the coronavirus disease 2019 (Covid-19) brought governments around the world to unchartered territory.

This, after governments implemented various levels of community lockdowns to contain the spread of the virus. These lockdowns, the report said, “caused high unemployment, large cutbacks in production, income and spending which in turn egged governments to engage in unprecedented deficit spending.”

The quarantine has been extended from April 12 to May 15, 2020 as Covid-19 cases continue to rise and to give authorities more time to assess the situation after the testing capacity has improved. The report said Luzon accounted for 72.9 percent of the country’s gross domestic product (GPD) in 2018.

With the lockdown, the report projects a “flat to slightly negative movement in GDP in Q1 (first quarter) since the lockdown of Metro Manila (and two days later of the entire Luzon) took effect only in the last 16 days of Q1.”

“Agricultural and mineral product exports from Mindanao will contribute to this growth,” it said. The government is set to announce the gross domestic product (GDP) figure for the first quarter this year on Thursday.

Last year, first quarter growth slowed to 5.6 percent from year-ago’s 6.5 percent because of the impact of the delayed budget approval, which hampered the implementation of several infrastructure projects, among others.

The report forecasts inflation not to dip below 2 percent in the second quarter this year, from an average of 2.7 percent in the first quarter, because of supply constraints. It, however, said “neither do we see much upward pressure with weak aggregate demand and ultra-low crude oil prices with supply overhang despite an OPEC-Russia-US production cut agreement in April.”

It also discounts any cut in the Bangko Sentral ng Pilipinas’ (BSP) key rates in the remaining months of the first half after the total of 125 basis points slash since the start of the year. The report also forecasts additional 25-basis-point reduction in the key rates in the early part of the second half this year to end the year at 2.5 percent.

The BSP’s policy-making Monetary Board (MB) slashed the central bank’s key policy rates in a bid to help lift domestic growth from the impact of the global pandemic. Meanwhile, the report forecasts the government’s budget deficit to account for about 7 to 8 percent of domestic output, higher than the government’s 3.2-percent target, “as tax revenues suffer from lack of production due to the lockdown.”

“Nevertheless, the government still has the ability to borrow more from both domestic and foreign sources in order to boost its Covid-19 response program,” it said. It projects government spending to rise “with subsidies and rebooting of infrastructure spending.”